One of the distinct advantages of a club like NAVC is the high calibre of coaches it attracts because of its history and reputation for developing great athletes, and great young people. We know each NAVC team will not only benefit from great coaching but will be exposed to the wealth of knowledge and experience of our Technical Advisors consisting of former CIS, National Team and many Pro volleyball players, as they help with the selection process, assist at team practices and offer positional clinics to NAVC athletes throughout the upcoming season.

Please take a minute to look over the impressive Bios of the 2022/2023 NAVC Men's Coaching Staff. We know you will be impressed!!

Vinny played his 5 years of post-secondary eligibility at Lakeland College in the ACAC while earning his Bachelor of Commerce Majoring in Accounting. Right after graduating, Vinny spent a year assistant coaching for the University of Alberta: Augustana Campus Men's Volleyball team before being hired as the youngest post-secondary head coach in Canada at Mohawk College in Hamilton, Ontario who play in the OCAA. In his first season he brought the squad from a 17th place finish the previous year, to making the provincial championships finishing 7th.

As a player with NAVC, Vinny was a member of 4 provincial championship gold medal squads and a National Bronze Medalist Team. This season will be his 4th year coaching with NAVC, 2nd being a Head Coach with the Griffins.

Jon is entering his 2nd year of coaching for NAVC and is excited to learn, as well as share his expertise with the talented group of coaches that surround him. Before coaching, Jon was a longtime player for NAVC, and won bronze at Nationals. He also participated on many provincial teams, and during his U18 year he won gold at the 2015 Alberta Summer Games. Jon continued on to play 5 years of post-secondary volleyball for the MacEwan University Griffins, earning a Bachelor of Science degree with distinction in the process.

Between 2016-2018, Jon head coached the Strathcona High School Beach Volleyball program and helped grow the program to over 40 students, which was the largest participation of students in the province.  While coaching for NAVC, Jon hopes to help make an impactful impression on his players through his analytical approach to teaching the game.

When growing up and playing club volleyball Erik won OVA provincial gold medals at the provincial championships twice in 2007 and 2008 with Toronto Volleyball Club and a Volleyball Canada Bronze medal in 2008. He was the Ken Davies award winner in 2008 recognizing him as the 18U MVP for the OVA. He also was a member of Team Ontario from 2007-2009 highlighted by being named an All Star at the 2008 NTCC’s and a silver medal at the 2009 Canada Games.

Tristan Gerrie is currently a teacher at Rudolph Henning Jr. High School. This will be his 11th year of coaching, and his 9th year of coaching club Volleyball. He is currently the Head Coach of the Senior boys team at Rudolph Henning, coaching his 6th season of Jr. High Volleyball, after previously holding the Head Coach position at Bev Facey High School for five years. He is a level two certified coach, and this will be his second season of club at the 16U.

After spending the last four years coaching the 17U/18U category, Tristan is excited to work with younger athletes to focus on their technical aspects and vision of the sport. He hopes to pass on his experience and knowledge taken from previous years to a new group of athletes. His philosophy is a based on a simple process over result ideology, and believes that through determination accompanied by endless effort, results will be achieved.

Matt is entering his 10th year with NAVC. Matt has led many of his NAVC teams to top three finishes in provincials, as well as a top four finish in Nationals. Outside of NAVC, Matt is the Head Coach of Strathcona High School Junior Men's Volleyball program where he coached the team to three City Championships. Matt has also been the Zone 6 Head Coach for the Alberta Winter Games where his teams have won a gold, silver and bronze medals.

Matt’s coaching philosophy is all about creating the best possible athlete on and off the court. He truly loves working with each athlete to make the volleyball experience something very memorable and rewarding. He has coached many athletes that have gone on to have post secondary success.

Mark is currently a teacher and Sr. Boys Head Coach at Salisbury Composite High School in Sherwood Park.  He also has 15 years of playing experience including playing for Team Alberta U16 and U17, Grant MacEwan for 4 years and the University of Alberta for 2 years.  During his playing days, Mark won a Canada West and CIS National Championship in 2014.  Mark has also been a coach with Grassroots Volleyball under Brock Daviduk and is a level 2 certified coach.

As a Coach for the past 7 years with NAVC, Mark has led his team to 6 top 3 finishes at provincials. Two provincial championships and most recently winning a silver medal with 16U Men's team at the 2021 Provincial Championships.

Mark's Philosophy is simple:  He believes that every year is a process, and if the process is not appreciated then success will be hard to attain.  It's the work and dedication athletes put into practices that make the difference between achieving goals and not.  There is a purpose to every individual contact made and once that's realized, positive steps can be made as team. You get what you put into it.

This will be Jace's 3rd season with the NAVC family after coaching with FOG for 12 years, culminating in 7 Provincial and 3 National titles.  Jace is a level 2 certified referee and coach, and has been an assistant coach with the University of Alberta Golden Bears, since 2015. Volleyball Alberta has recognized Jace’s coaching abilities by awarding him with the Mikasa Achievement Award for Coach of the Year, twice.  Jace is passionate about volleyball and the technical development of athletes, which is why he started his business, Clutch Volley. He is extremely excited to have the opportunity to coach alongside Kyle Erikson, and looks forward to working with a strong 16U Edmonton age class. 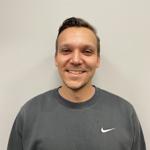 Born and raised in Grande Prairie, Kyle spent 3 years as a varsity athlete with the Grande Prairie Regional College Men’s Volleyball Team. During this time, he was also a head coach for the local Volleyball Club. Since moving to Edmonton in 2015, Kyle has been an Assistant Coach with the University of Alberta Golden Bears Volleyball Team and began coaching Club Volleyball in Edmonton in 2016. As an Assistant Coach his teams have participated in three straight provincial and national finals culminating in 2 championships at both the provincial and national level.

Kyle has been involved with the Team Alberta men’s programs for 2 summers as an assistant coach where his teams have secured top 3 finishes at Canada Cup. During this time, he was able to participate in a sport and cultural exchange that hosted South Korean athletes in Canada as well as sent a provincial team to compete in South Korea.

Christian will be heading into his 9th year of coaching with NAVC. His playing experience includes 5 total years (2012-15, 2019-20) with the Concordia University of Edmonton Thunder playing libero while he finished his Bachelor of Arts and Education degrees. Christian looks to emphasize technical skill development and the importance of team work while showing his athletes the benefits that club volleyball can have off the court in creating lasting connections and friendships.

Connor is currently entering his 4th year coaching with NAVC. He is also currently playing in his 5th and last year for the Concordia thunder in the ACAC. While doing so he also graduated with a psychology degree and is now currently working towards an Education degree. Connor has been recognized with many awards from his university team and has also been recognized as an ACAC athlete of the week. He grew up playing with NAVC and is looking forward to helping give back to an excellent program.

Jacob is a recent graduate from MacEwan University in the Faculty of Business studying Accounting and Finance.  He played four years on the MacEwan Men’s Volleyball team as a Middle.  Prior to that he graduated from Strathcona high school and played NAVC from U14-18.  This is Jacob's third year coaching with NAVC and he is looking forward to sharing his knowledge and passion for the sport alongside Trenton.

Trenton completed his Bachelors of Kinesiology at the University of British Columbia where he played for two years on the UBC Men’s Volleyball team as a libero. During his time at UBC he won a Canada West bronze medal and earned a fourth place finish at the 2016-2017 U-Sport national championships. Trenton also played for NAVC throughout his club career alongside Jacob.

Trenton will be completing his Master’s of Science in Physical Therapy at the University of Alberta this fall. He is incredibly excited to be a part of NAVC again. He hopes to help all the athletes achieve their goals and share his passion for the game.

Marcus started playing volleyball as a setter for the Spruce Grove Ravens U14 team when he was eleven years old. He played for the Ravens until his U18 year when he switched to NAVC to play left side. During that time, his teams won several provincial championships and placed at Nationals as well.  Marcus was also an athlete in the Team Alberta program during his U16 and U17 years.

Marcus went on to play three years of post secondary before a knee injury changed his playing career.  Marcus played his first U-Sport career at Mount Royal University as a setter before transferring to MacEwan University to play as a right side and then left side for his final two years.

Marcus has been an assistant coach with several club teams ranging from U15-U18 and has head coach experience at U16.  As a coach, he brings a wide range of knowledge and experience on how to play all positions properly, at any level.  Marcus is very excited to coach this U13 squad as it is an incredible developmental year for athletes, and looks forward to teaching them the fundamental skills necessary that provide the building blocks to playing volleyball at the highest level in the future.

Stephen will be entering his first year as a coach with NAVC but has helped coach many high school volleyball programs over the past 5 years.  Stephen is excited to be making a return to NAVC as that was the club team he played for from U14 through U18.  After his club years he went on to play two years at Macewan University and graduated with a Bachelor of Commerce degree.

Stephen is looking forward to helping his players grow both on the court and off the court! He believes this is a great opportunity to start with a team at a very young age and then move forward with the team over the coming years in hopes of creating a great bond between his players and a winning mentality for any competition they face.